Sailing Båstad Welcomes you to the 505 Worlds 2020 – in Torekov, Sweden 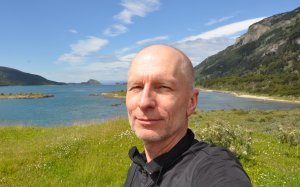 Meet Pekko Svensson who is chairing Sailing Båstad, the organization that together with Båstad Båt- och Segelsällskap and the Swedish 505 Class Association, is most deeply engaged in preparing for the Worlds 2020. I had the pleasure to interview Pekko Svensson just before Christmas.

Experienced organizers
Pekko Svensson and his Sailing Båstad team are one of the most experienced organizers of major yachting events in Sweden in recent years. Over the past few years they have hosted major regattas including; the European Championships for the Dragon class in 2015 and the Laser U21s in 2018, the World Championship in Kona in 2017 plus the Nordic youth championships for 2018 and the Swedish Youth Nationals with over 500 sailors in multiple classes in 2015.

“We are looking forward to arranging the Worlds for the 505 class since it is such an iconic class, still being one of the most competitive” says Pekko. He continues, “We can offer perfect sailing waters in Torekov, which is located on the tip of the peninsula “Bjärehalvön”, meaning that we can provide open sea conditions with free winds, more or less independent of wind direction.”